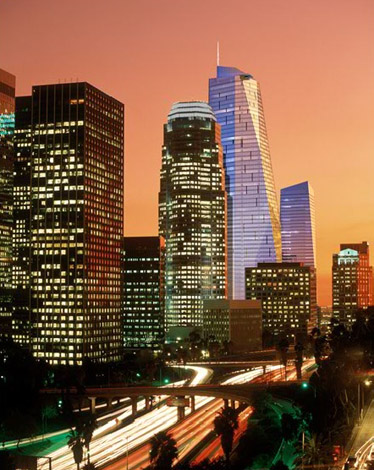 I have been following the proposed redevelopment of the Wilshire Grand Hotel ever since I first learned about it back in early 2009. And I am very excited about the future of Downtown LA and that things are definitely moving forward as the Los Angeles City Council unanimously approved (yesterday) the proposed plans to redevelop the aging hotel by replacing it with two brand new towers.

The developer–a collaboration between Korean Air (a subsidiary of Hanjin) and Thomas Properties Group–proposes to build two new towers (a hotel and an office building) that would rise prominently within the Financial District at 7th and Figueroa (across the street from a newly renovated 7+FIG shopping mall). The taller of the two towers would rise to a height of 1,250 feet tall (that figure includes the architectural spire), eclipsing the current tallest skyscraper west of Chicago that is also in Downtown LA, the Library Tower (aka US Bank Tower) standing at 1,018 feet tall.

In addition, the two towers will be illuminated at night with LED lighting embedded into the upper floors of the structures, which also reminds me of some of the skyscrapers that form the beautiful Hong Kong and Shanghai skylines that are also illuminated at night by LED technology. This is really exciting for me to see our skyline evolve into something more bold and dynamic.

Demolition of the current Wilshire Grand Hotel is supposed to take place later this year. The first shorter hotel tower (750′ tall) is planned for completion in 2015 (around the time the Expo Line finishes construction to Santa Monica) and the taller office tower (1250′ tall) is supposed to be completed in 2017 (around the time the Downtown Regional Connector will be finished). 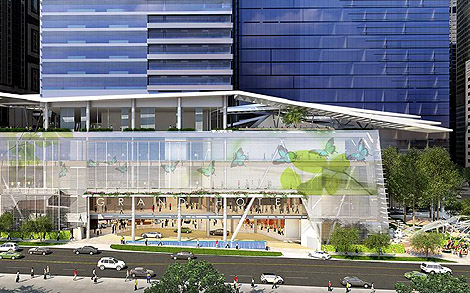 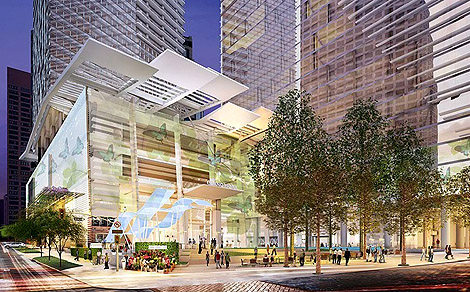 The location of Wilshire Grand is top notch as it is located directly across the street from the very busy 7th/Metro subway station that provides connection to the Red, Purple, Blue, and Expo Lines (Photo courtesy of Wilshire Grand Redevelopment) 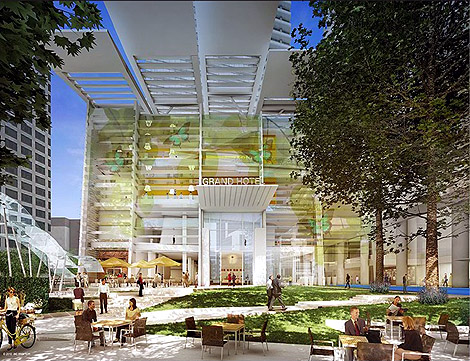 A public park/plaza will adorn the corner of 7th and Figueroa, which will be a great addition for pedestrians as the area gets busier and busier (Photo courtesy of Wilshire Grand Redevelopment) 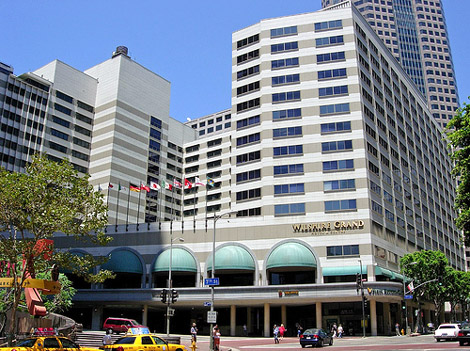 .
These pictures are some shots of both Hong Kong and Shanghai, which also have illuminated towers that light up the skylines. 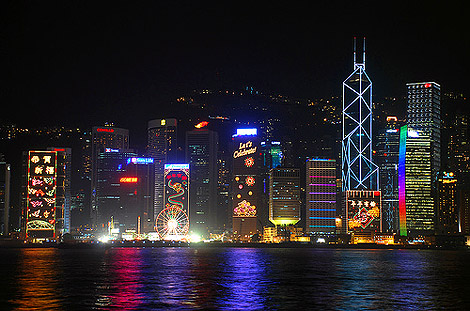 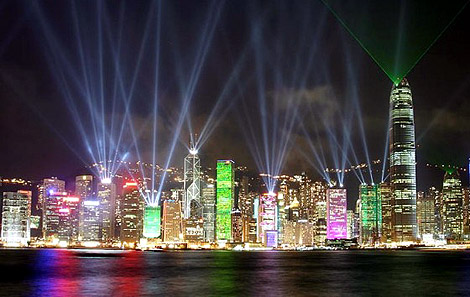 Hong Kong has a famous light show that incorporates both laser, LED, and fireworks that attract millions of visitors a year (Photo courtesy of LuxuryTA.com) 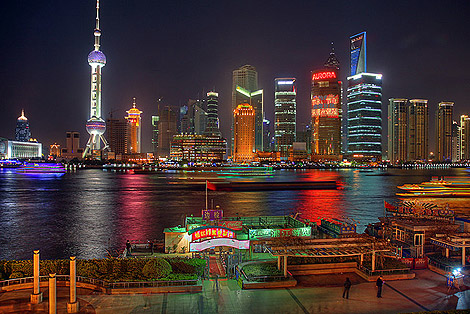 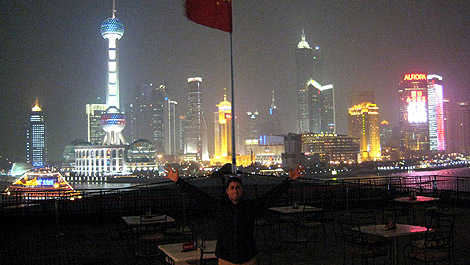 Blogger, Neville, spreads his arms out in front of the dramatic Shanghai skyline (Photo courtesy of Nevblog.com)